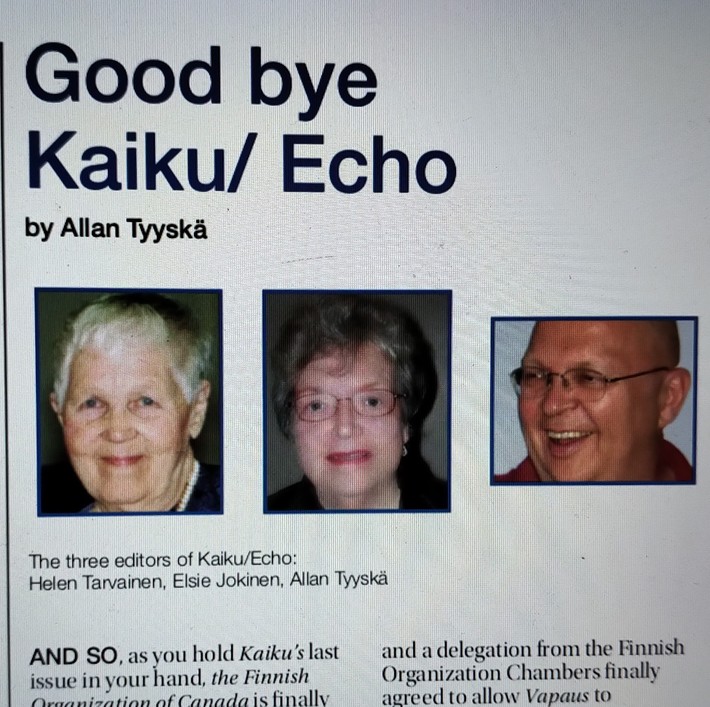 December 2019 saw the last issue of the Finnish Organization of Canada newsletter Kaiku-Echo. Since the closing of the newspaper Vapaus (called for a time Viikkosanomat since 1975) in 1990, the newsletter maintained contact between FOC members far apart throughout Canada and continued the tradition of substantive editorials.

Launched in Sudbury in 1917. Vapaus was the "original" Finnish Canadian newspaper. As part of the ideological confrontation in the early 1930s, Vapaa Sana was established as a competitor. The two newspapers - or rather their columnists and editors - maintained a lively societal debate for decades, but the tradition declined somewhere in the 1960s.

At the height of its operations, Vapaus was a six-times per week newspaper and published also a culture oriented magazine Liekki. They merged as Viikkosanomat in 1975, and production was shifted to Toronto.