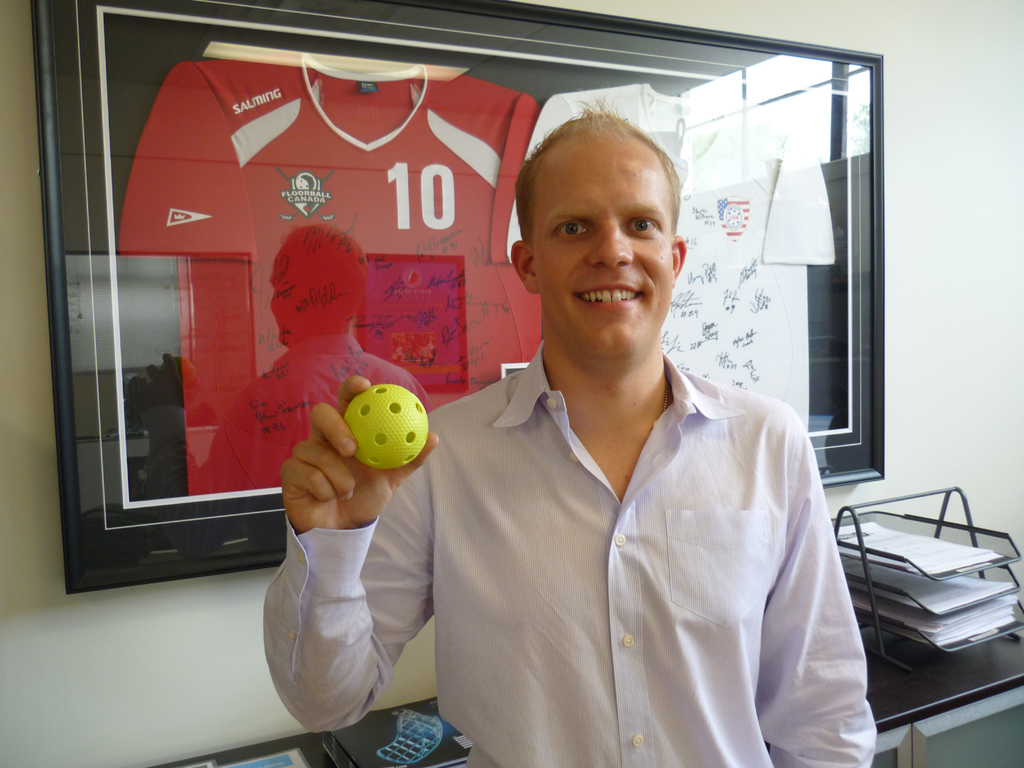 The popularity of Canada´s floorball sport has been boosted by one man, Canadian Finn Juha Mikkola.
After his ten-year tenacity, today there are several adult and high school leagues for both men and women and also a big Canada Cup tournament.
Juha is a son of a well known world Rally champion Hannu Mikkola. He has even gained the Hockey Canada´s endorsement for his sport.

– It took time to make them realize that floorball is not their competitor, but a wonderful way of summer training and improving ones skills, he says.
Mikkola grew up in Florida, returned to Finland for high school, met his future wife Johanna there and then moved to Canada to study marketing. He started his company FloorballPro Inc. early on. Five years ago he became a full time floorball professional. Johanna works at the NHL office in Toronto.

His company has exclusive rights to the floorball sticks, apparel and other equipment. manufactured or subcontracted by the Swedish Salming company. It is owned by an NHL legend Börje Salming who played sixteen seasons with Maple Leafs. They also have representation in the United States under the name FloorballPlanet.

– The popularity grows faster in Canada, especially in Ontario, BC, Alberta and Manitoba. Our problem is still Quebec which would need an own Francophone organization.
Mikkola also is hopeful about the Thunder Bay area where there lives a big Finnish community and he´s ready to help them out to set up a league.

One big challenge is to pique interest within the students. Mikkola goes to schools introducing floorball rules and equipment and together with the school sports organization OFSA they arrange tournaments. Already 400 schools are participating.
– A big breakthrough in men´s side was year 2004 when Canada Cup in floorball was established. First year we had six teams, this year 62 and about a thousand players, among them some NHL stars.

Finland and Sweden are currently the best countries in floorball. Finland, for example, beat Canada 14-4, but the gap is closing. Canada also has a competitive U-19 team which management group also Mikkola belongs to.

He encourages anyone interested to look for a suitable team. One can find regional lists from the net page playfloorball.com. The company pages are found from floorballpro.com