Santa Claus can mask from the taxman too in Finland 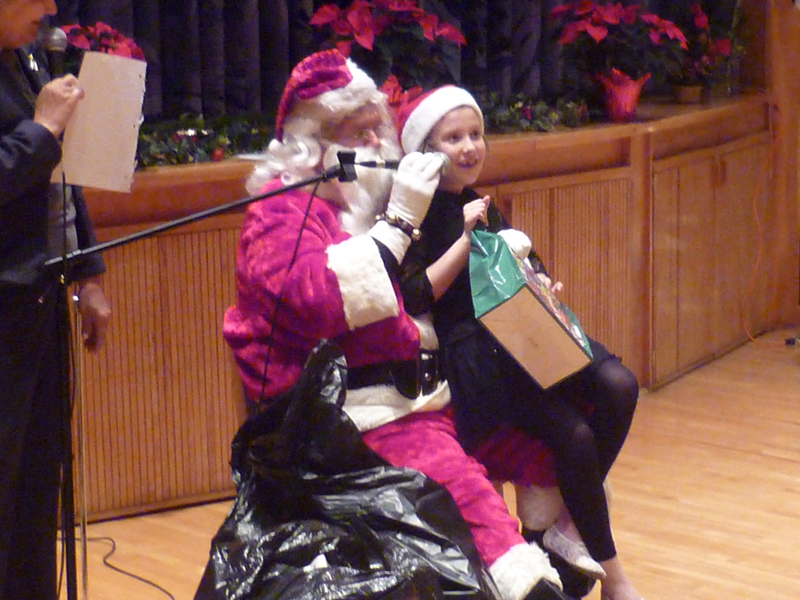 All the Christmas shoppers have seen Santa Clauses in the Malls and big warehouses. They yell their ho-ho-hoes, deliver candies and invite children to sit on their laps. In America, that is.

But the kids never see live Santa Clauses on Christmas nights, because they sneak in the wee hours clandestinely down the chimneys to fill their socks. By morning Santa has flown back to the North Pole.
For many people around the world the only real Santa lives in Finland, in a little village on the fell called Korvatunturi.
There he takes his sledge and loads it with gifts to deliver them personally to most homes with little children. Sometimes though the extremely busy Santa leaves the gift back quietly on the porch.

Before Christmas, newspapers and bulletin boards are full of ads from Santa Claus service providers. Some people make it their own business while the others team up to gather money for their clubs, especially sports clubs.
Naturally this is only one night gig (from 3 to 9 pm). They might bill the families for 30 or 50 bucks for some ten or fifteen minute visits. One can make good money if one is willing to give up the Christmas eve traditions and get on the road.
However, it happens every once in a while that due to a snow blizzard, icy rain or simply too long distances Santa can’t keep up with the pre-planned schedule.
When all these start to multiply, there might be embarrassing delays and perhaps even cancellations when at ten o’clock there are still a couple of places to go that are ten miles apart.

None of the authorities have ever been able to keep track of the earnings of those self-sacrificing home made Santa’s. This is probably the only case when the omnipresent Finnish taxman gives a break to the entrepreneurs.
They simply can’t figure out who are behind the masks. After all they profess and show some Christmas spirit themselves. Everyone wants to see Christmas as a day of happiness.

On Christmas eve at noon they broadcast a traditional Christmas Peace announcement from the Former capital Turku. After this virtually the whole of Finland stops and recedes into their homes.
Well, mothers are still busy by preparing the feasts, and hospitals, police and fire squadrons continue their duties and of course those hired Santas getting their gear ready, picking up the route maps and rechecking the addresses.
Meanwhile , nervous children, wait excitedly the coming of Santa.

About ten years ago I did my first Santa Claus gig in my home town. I had a little ad in the city paper among many bigger ones. I was hired by four places.
I decided to settle for 30 euros. Only one caller claimed it was expensive, but when I offered half price next day, no deal.

Because the places were a few miles from each other I reserved lots of time between the visits. The closest ones I took were half an hour apart.
This proved to be a very sensible plan. I didn’t need to rush. The weather brought normal wintery conditions and I cajoled my brother to be my chauffeur.
While crisscrossing the town we met half a dozen other Santas cruising around, but only few other cars. The town was virtually motionless. Only lights, candles and decorations shone everywhere making the snow glisten.
Finnish Santas don’t utter ho-hoes, but they knock with their sticks and ask if the children have been nice. Most children sing a carol to Santa as a friendly welcoming gesture, and as a reliever of their nervousness. Then he offers candy and takes them in his lap and, after a painfully long time, the gifts are delivered.
Depending on time and patience the Santa will follow the eager kids for a while and then tell that he’s still got so many homes to visit and he takes off. Merry Christmases are wished and off he goes.

My first home had only a five-year old son. He received 18 packages, and didn’t even notice that his parents only had one each. In dad’s package there was obviously a bottle of something.
Before I left the little boy had already opened half of his arsenal and had forgotten that Santa was watching.
In the second home there were 8 to 9 year old twin sisters, dressed similarly and they were total mirror images of each other. They sang a couple of songs like angels and they were so well-behaved that I was almost flabbergasted.
And at door they offered me chocolade truffels that were really palatable. I almost felt embarrassed to receive a payment envelope with a lovely card from the family.
The third family had four kids, but they received quite a lot of gifts. A lovely aroma of a ham almost knocked me out at the door.
The oldest kid, maybe ten years, got the biggest package which proved to be a steerable sledge. This aroused some jealousy among the siblings, but when Santa negotiated that everyone can borrow it the mood got better.

The last one was in a rural area and it took us a while to find the place. There were obviously grandparents and a single lady with a two year old daughter.
She was so scared that she commenced crying at first, but eventually came to touch Santa’s white beard.
Her young mom was quite a sight to a bachelor. She wore an open-necked blouse, had rich bodily contours, strong perfume and she winked and blew kisses.
It made me blush behind my camouflage. I left the last place at the same time relieved and awestruck.
While summing up the day I realized I hadn’t only done good business but also good will. I had brought some real old-fashioned Christmas spirit to those whom the day means the most: our future Santa Clauses.