Finnish Independence Day is also the anniversary of the Canadian declaration of war against Finland, Dec 6, 1941. Finnish immigrants in Canada became suddenly enemy nationals. Prof Varpu Lindström (d 2012) published an excellent book about the lifes and times of Finnish Canadians through that period, From Heroes to Enemies. If you have not seen it, it is worth reading. The US never declared war on Finland. The period 1941-1947 has been a difficult issue to tackle particularly to those Finnish Canadians who were later whole heartedly supporting the attitudes of the Cold War. For them, it was easier to go from the Winter War (heroic Finland) directly to the Cold War. The fact that Canada had been on the Russian side did not fit into the picture at all. On the left-liberal side of "Finnish Canada" there was no need to whitewash history. 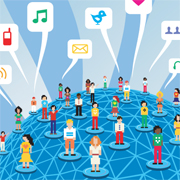 That book of Prof. Lindström's is certainly a good history of Finns in Canada over that period. Definitely worth reading.

Shop your favourite Finnish and Swedish products at FinnGoods for Valentine's Day at www.FinnGoods.com. We are located in…Continue