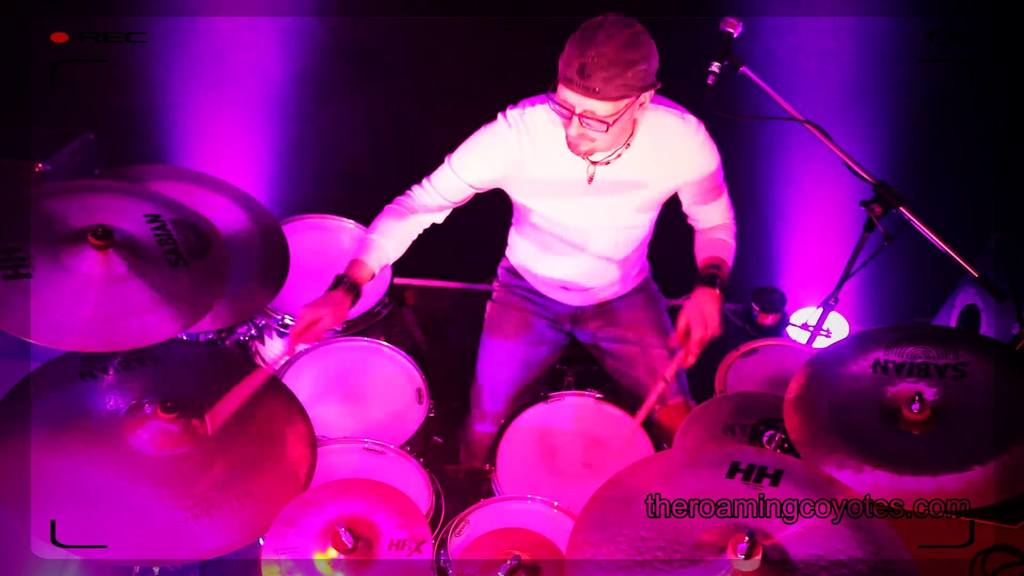 Seppo Salminen has had his company, TRS Custom Drums, since 1985. He has been working as a gig drummer since he was 15.
“I started out doing repairs at the back of a music store”, remembers Salminen.
In three or four years of time, Salminen had his own shop, working as a full-time pro. Now, his drum shop sells old kits, vintage, and new.

Salminen is also a renowned drum set custom-builder, and will make upgrades, extra parts or do finishes on the sets. His work has been sought out by professionals from Canada and around the world.

Salminen´s work is divided into two halves. Whereas the drum shop is one, professional music work as a producer, engineer and musician is the other. He´s played on 35 albums, and won awards such as Junos and Crystal Awards for engineering. He was with the band Penny Merchants for 20 years, and currently works on his solo project Joe´s Conscience, tours with the band Roaming Coyotes, and works as a producer for various artists such as Christie.

“I can play 80-90% of band instruments. But I usually touch guitars only on demos. When it´s time to do things right, I call out the real guys to play, like Tony Lind”, Salminen laughs, referring to his guitarist friend living in Thunder Bay.

Drum kit making is a vanishing market.
“In this business, we´re all looking after a smaller piece of a shrinking pie”, says Salminen. Demand for drum kits has dropped as well as their retail price over the years. Due to the talent, TRS Custom Drums is still very much in the business.

“We always try to push the envelope and try to figure out how to do things differently. Even the major drum manufacturers call us when they need drums fixed.”
Salminen has no intentions of stopping.

“I can´t do anything else, I have 35 years of professional drumming behind me. But I´ve been lucky to work with the best talents, and never having to sell my soul.”
“For years it was just me in the store, until about three years ago. I´ve got two assistants now, including my son Jari. But they have their own projects, so I´m still the only permanent resident here”, Salminen tells.

Music runs in the family, since two out of Seppo´s two sons are also musically talented and play in bands. Jari used to play with the Soles and is now playing on his own.

For Seppo Salminen, June and July are the busiest months because of all the music festivals and gigs.
“Production companys hire me to do tech kits. Tomorrow I have to work at a concert from 6AM to 10 PM, a 20-hour day, after which I still have some other jobs to do”, Salminen says.
“It´s all sisu there, working with hours like this. I´m super-committed, nothing is done half-way but always with 100% - that´s the Finnish way´.”

Read the longer version from this week´s Kanadan Sanomat!