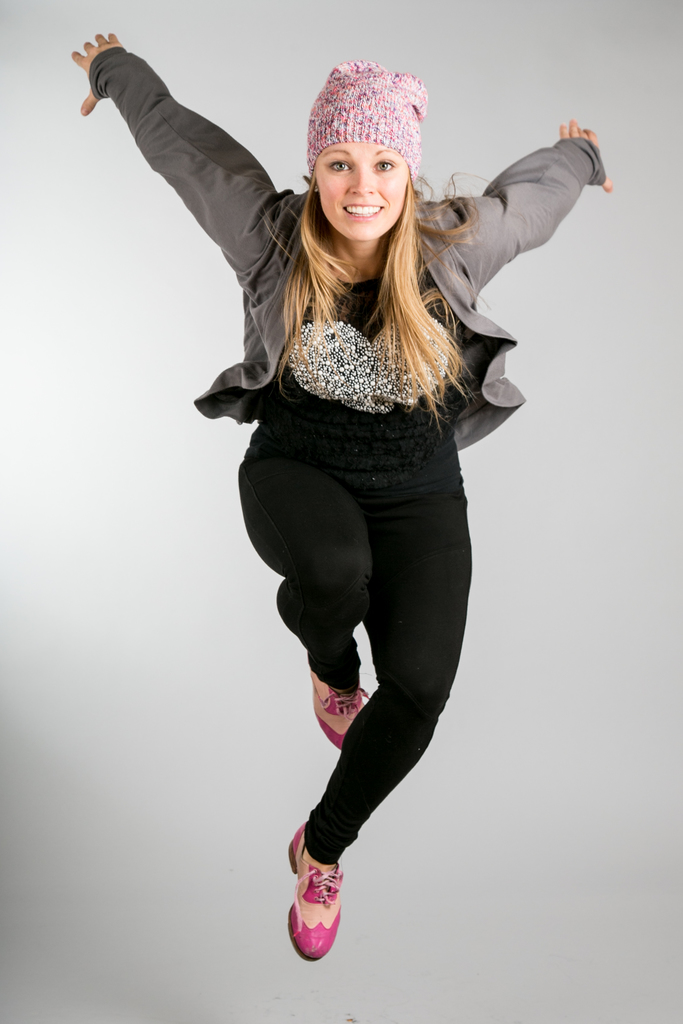 For Amy Lintunen, 34, dance is a fascinating art form because it tells a story. People have told stories all throughout history; dancing adds on to this tradition by weaving a story through rhythm and movement.

Amy Lintunen is a dancer and a dance instructor currently located in Toronto. She was born and raised in Thunder Bay, as were her three siblings and both of her parents. Her roots, however, are in Finland, as three out of four of her grandparents moved to Thunder Bay from Finland.

Before settling to Toronto, Amy spent some time in Italy and Southern France studying dance. Living in Europe was a dream come true, although it was not always easy. Eventually, visa issues forced her to return to Canada and try her wings in Toronto. “Coming to Toronto was the best thing that could have happened. I was a dancer before I came, but Toronto made me an artist”, Amy says.

Lintunen feels the rhythm everywhere, whether it comes from the radio, crowded streets or a heartbeat. She is not afraid to practice or create dance steps on a bus stop or a subway platform. When she feels the beat, she has to move.

Rhythm is crucial for tap dance. Tap dancers wear leather shoes with metal “taps” attached to the heel and toe that create sounds and patterns when they strike their shoes on the floor. It could be said that, “in tap dance, the dancer´s body becomes a musical instrument.”

The challenge in tap dancing is that it requires a special floor and special shoes - these cannot be found everywhere, and therefore, unlike some other dance forms, it requires a little more effort. “It is frustrating as one has so much to learn in tap dance, but on the other hand, it is rewarding to know that there is a well full of knowledge that will never run dry”, Lintunen summarizes.

The golden era of tap dance was in the 1920s and 30s, when it became popular in musicals and dance movies. These days, tap is not as well known, but it definitely deserves more attention. Amy loves learning from older and more experienced tap
dancers, as some of them have been there when the patterns and steps were created.

In tap classes and workshops there are people of all ages and backgrounds. The tap community is very open and supportive, as all the steps have already been created before. However, tap dance has numerous different styles, out of which funk and swing are closest to Amy´s heart.

“Often people only see the feet working in tap dancing, but there is so much more to the dance”, she explains.

Although tap is her love, Amy also performs and teaches many other styles as well, such as jazz and contemporary dance. Becoming a teacher was actually never part of her plan, it just happened. She has taught dancers of all ages. She loves teaching young children as they are so eager to learn and are excited about dancing and movement; but points out that working with adults may be even more rewarding, because “they want to be there every week, they want to learn and understand”.

In addition to teaching, Amy is working with her own group of dancers called Sisu Dance Projects. The group is currently raising awareness for victims of domestic violence. At the moment, Sisu consists of four dancers, but perhaps in the future the group will grow bigger, and get a chance to raise awareness for other important
issues as well.

Although Amy never learned the Finnish language nor had the chance to visit the country of her grandparents yet, she values her Finnish roots.

Another Finnish thing Amy loves is sauna. Building a sauna at their cottage is one of the big projects coming up in the future.